Due to the ongoing pandemic, the Japanese Film Festival (JFF) has decided that it would still go ahead as an online festival with all movies being streamed for free from December 4-13.

Presented by The Japan Foundation in Sydney, the film festival will showcase over 25 films including features, documentaries, as well as a stop motion and animated shorts for audiences across Australia and New Zealand to enjoy purely from the comforts of their homes.

Viewers can expect to be treated to award-winning movies such as Tremble All You Want, the winner of the Tokyo International Film Festival Audience Award, which is a romantic comedy centred around a young woman’s love life.

The Key of Life, a story about a struggling actor and a hitman exchanging identities which won the best screenplay at the Shanghai International Film Festival will also be showcased at the festival.

Meanwhile, Japanese culture buffs can look forward to Lady Maiko, a musical comedy about a young girl’s aspirations wanting to become a maiko, an apprentice geisha.

The festival’s director Yurika Sugie said: “We’re thrilled to bring the very best in Japanese cinema to audiences across the trans-Tasman in 2020!”

“This year’s program showcases a diverse selection of films traversing award-winning contemporary works and familiar favourites from Japan’s most celebrated auteurs,” she added.

For more information on the festival as well as screening times, log on to watch.jff.jpf.go.jp. 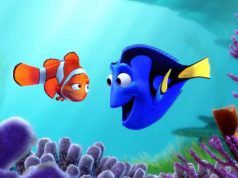 Best walks around the Bayside

10 Confessions of a Serial Coffee Drinker

Best walks around the Bayside

10 Confessions of a Serial Coffee Drinker