Land review – A story of healing

Directed by and starring Robin Wright, Land is a powerful drama about healing and learning to cope with a hurtful past.

The film starts with Edee (Robin Wright) throwing away her phone, buying a dusty cabin in the woods of Alberta, Canada, moving there on her own, and asking the seller of the cabin to get rid of her car. The man warns her about being in the woods with no vehicle, but Edee has made up her mind. She doesn’t want any connection with the outside world, including the choice to return to it. She wants to live on her own, fending for herself and living off the land. She would either survive or die, but was happy with either result.

While Edee lives out her days in the cabin and its surroundings, we see flashbacks of her former life, helping us to piece together the traumas from her past, and the reasons for her self-isolation.

Edee does well for herself in the warmer months, living off the fish she catches and her array of canned-food. But when her supplies run short sooner than anticipated, she begins to spiral downhill. She doesn’t know how to hunt, and is struggling to find the energy to chop fire-wood. Soon winter arrives and takes a toll on Edee.

Edee is on the brink of freezing to death when Miguel (Demián Bichir), a hunter returning from his journey, finds her unresponsive in her cabin. With the help of a nurse named Alawa (Sarah Dawn Pledge), Miguel takes care of Edee until she regains her health. Edee is ungrateful at first and wishes he had never found her. And when she tells Miguel that she wants to be left alone, he makes a deal with her. They agree that once he teaches her how to hunt, he won’t bother her again.

So Miguel teaches Edee how to hunt and survive the harsh wilderness on her own. Through Miguel’s routine visits, Edee slowly steps away from her grief and begins to find joy in the smallest of ways. Miguel’s regular visits turns Edee’s life from pointless to tolerable. And as Miguel opens up about his past, Edee feel more confident to confront her own.

Only in the final scene do we find out what Edee has been holding on to. And thanks to Miguel, she finally feels ready to accept it and move forward.

I didn’t know much about Land going into it, but was pleasantly surprised. I thought it was a captivating and beautifully shot film. Scenes are quiet yet impactful, emphasizing Edee’s actions and her wild surroundings.

The film does a great job at portraying the contrast between the serenity of the mountains and how unforgiving it can be, while also helping the viewer to understand why some people would choose that life. A life without the pressures of modern society.

The film is dramatic without being overdone, touching on heavier subjects such as suicide, death and loss. And although the start of the film feels a little rushed and anti-climatic, I understand that the focus is not meant to be on Edee’s near-death experience, but rather on how she regains her will to live. The silent moments of the film definitely stand out more so than the dialogue, but the actors do a great job at showing their characters’ inner turmoil and building upon believable emotions. Edee’s character arc in particular is complex, powerful and gratifying.

I would recommend this film for the visuals and sounds alone, but the story is just as beautiful. If you’re looking for a dark yet inspiring film, then Land is for you.

Helpful tip – don’t eat loud snacks. It’s a very quiet movie and everyone in the cinema will hear you. You might be on the receiving end of some death stares. Needless to say, I learnt my lesson and saved my, apparently very loud, sherbet lollies for after the film. 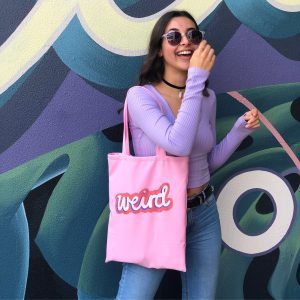 Renata Menezes
Renata is a colour-loving, op-shop-going, beach-frolicking writer and designer. She's passionate about supporting local businesses and highlighting local and hand-made brands. She also loves reading YA, napping in the winter sun, and re-watching Gilmore Girls one too many times... find her on Instagram @totesweird

The Belligerents: The Top 5 Tracks 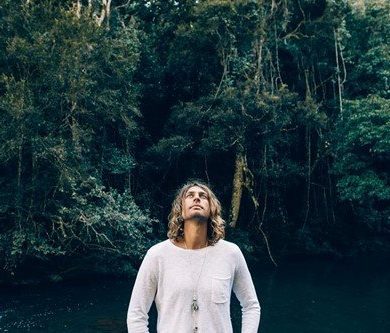