Indigenous journalist Stan Grant has pointed out that racism is at the heart of destroying the Australian Dream. As a young nation built on immigration with the oldest living culture in the world, Australia is indeed the embodiment of multicultural diversity. The Great Australian Dream is the belief that home-ownership in Australia is the ultimate expression of success and security. It’s a magnetic dream to anyone in the world whose country is torn apart by war and poverty. Australian laws protect everyone from gender, racial and ageist discrimination. In Australia, it’s all about getting a fair go. Our history however, suggests The Great Australian Dream is completely removed from reality.

We’re still dealing with the aftermath of the stolen generation, the 2005 Cronulla Riots and reeling from seeing how deeply rooted racisim is rooted in sports. And as the sun rises and sets on Tuesday January 26 for Australia Day to some and Invasion Day to others, the country remains divided on a day with the best intentions of celebrating national unity. Stan Grant is offering a very real and thought-provoking statement that racism is destroying the dream that is available to anyone who dares to leave their country, their traditions and customs, family and friends and start a new life here. The renowned news presenter for SBS World News Australia beside beloved Mary Kostakidis, Stan is also an Australian journalist and correspondent for Sky News Australia and is also an Ambassador of the Australian Indigenous Education Foundation.

In October 2015, IQ2 delved into the arguments that Racisim Is Destroying The Australian Dream. Stan Grant and lawyer Pallavi Sinha stood for the argument, while columnist Rita Panahi and legendary Jack Thompson was against it. But it is Stan Grant’s speech that has proven far-reaching. Starting by addressing the very contemporary issue with Adam Goodes, Stan then moves into the contentious reality of personal and historical recollections. He calls for Australians to acknowledge history, and have that hard conversation about the past.

“Australians all let us rejoice for we are young and free,” Stan recites. “My people die young in this country. We die ten years younger than the average Australian, and we are far from free. We are fewer than three per cent of the Australian population and yet we are 25% – a quarter – of those Australians locked up in our prisons,” he points out. “If you’re a juvenile, it is worse. It is 50%. An Indigenous child is more likely to be locked up in prison than they are to finish high school.”

“I love a sunburned country, a land of sweeping plains, of rugged mountain ranges,” Stan quotes from ‘My Country’. “It reminds me that my people were killed on those plains,” he counters. “We were shot on those plains, diseases ravaged us on those plains.” But Stan has succeeded in life in spite of the Australian dream. “My grandfather on my mother’s side, who married a white woman, who reached out to Australia, lived on the fringes of town until the police came, put a gun to his head, bulldozed his tin humpy, and ran over the graves of the three children he buried there. That’s the Australian dream,” Stan notes.

“If the white blood in me was here tonight, my grandmother, she would tell you of how she was turned away from a hospital giving birth to her first child because she was giving birth to the child of a black person.” “The Australian dream. We are better than this.” Stan points out. “We can be a country that can grapple with the unresolved grievance that still sits at the heart of settlement,” Stan discloses. “We cannot allow and we cannot accept Indigenous people living in the conditions they have to endure today. It is unacceptable and it is especially unacceptable for a nation that has so much to be proud of.” “One day I want to stand here and say as proudly and sing as loudly, Australians ALL let us rejoice.” 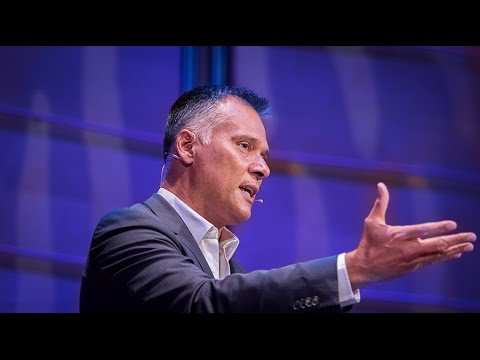 The True Phenomenon Of Making A Murderer