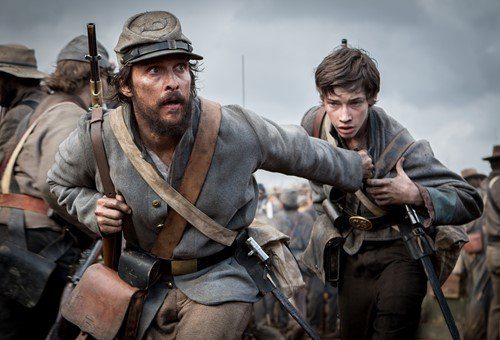 Based upon the real-life history of Jones County, Mississippi during the 1860’s in the height of the American Civil War, FREE STATE OF JONES is an epic action drama which chronicles the life of Newton Knight – A poor southern farmer who abandons his rank as battlefield medic within the Confederate Army to lead an uprising against them. Directed by four-time Oscar nominee Gary Ross and starring Oscar winner Matthew McConaughey as Newton Knight, this is an unflinching look at racism and slavery as much as it is an intensely powerful and moving tale of one man’s quest to stand up for what is right.

Engaged in a brutal and bloody battle against the Union army, Knight carries the injured to safety while tending to the wounded. Already an exhausted and beaten man by way of war and witnessing members of his kin die in vain, he becomes enraged when he learns men who own twenty or more slaves are exempt from fighting and are free to go home. Annoyed and tired of fighting ‘someone else’s war’ he deserts the confederation and returns home to his wife Serena (Kerri Russell) and their infant son. Soon learning that the confederation is responsible for unlawfully taking livestock and child slaves from families and raiding and burning down their farms, he becomes sickened by who he recently fought for and decides to create an army of his own.

Banding together with fellow farmers and local runaway slaves, Knight leads a rebellion against the Confederate Army, making himself a fugitive with a price on his head but gaining respect and trust from the common man, as he and his followers team together in an attempt to secede from the Confederacy, creating a Free State of Jones. Quickly growing into a powerful and extraordinarily dangerous threat in their endeavours, Knight’s army of deserters soon find themselves under intimidation and risk of death as their loyalty is tested when the heads of the Confederacy, struggling to gain control of the upheaval, impose severe penalties for anyone allegiant to Knight and his cause. Painting a clear picture of the true horrors of war, their mission for freedom persists as the era accurate world of conflict and bloodshed follows.

Interweaving two timelines seamlessly as the plot goes back and forth between Newton’s life and the current one of his great, great grandson, the excellent cinematography, and highly detailed set design makes for a realistic and believable environment so good you’ll find yourself lost in eighteenth century Mississippi. With certain themes traversing between the two, the educational tone is emphasised by the incredible use of silent elements used throughout. Being able to capture richly emotional moments without the use of dialogue is not only a testament to the brilliant writing but the performance of its first-rate cast. Matthew McConaughey proves why he’s one of the best actors of our generation in his outstanding performance that drives the entire film.

Embodying the role of Newton Knight with a tough firm grip on reality and raw emotion, he shows us all The McConaissance is very much still in full swing as he brings his well-known versatility to the central role in a way which commands attention. Mahershala Ali (HOUSE OF CARDS) and Gugu Mbatha-Raw (BELLE) stand out in their respective and memorable roles as Moses, leader and protector of a group of slaves, an all round good man who forms an unlikely bond and strong brotherhood of sorts with Knight and Rachel, a young slave woman who develops a strong relationship with Knight and whom he teaches to read.

Ultimately a tale of the fight for the basic rights of one’s human life, FREE STATE OF JONES is an intelligent, thought-provoking film with an important history lesson thrown in for good measure. Gifted with dynamic performances from a great cast, brimming with authentic action and gun fights, it’s the story of a Robin Hood-Esk vigilante tired of fighting the rich man’s war and in the end, is definitely Alright, Alright, Alright.

The Penultimate David Bowie: The Voice For All Dissident Oddballs 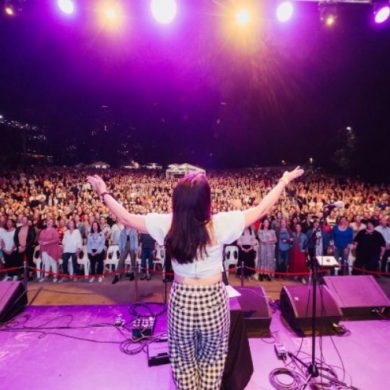