If 2017’s It was an uplifting story (which you can read our review on here) about a group of friends overcoming their fears by facing them head-on, then the latest It Chapter Two is a more sombre tale about coming to terms with the traumas of childhood; and how true fear comes from realising the wounds of our past – and uncovering the things we try to keep hidden.

While the undeniable trademark of the It films is the shapeshifting killer clown Pennywise (portrayed by Bill Skarsgård) clawing his way into the nightmares of The Losers’ Club and audiences alike, Chapter Two of Andy Muschietti’s latest take on the epic Stephen King novel focuses more on the human elements of the story. While the first film took aim at the nativity of childhood fears and how friendship is all we need to overcome adversary, Chapter Two shows a darker side to the world. The core team of The Losers’ Club are now broken adults, all scarred and forever changed by the horrific pasts that they tried to bury in Derry 27 years ago.

With that in mind, it should come as no surprise that It Chapter Two is not your typical horror film. Not unlike it’s 2017 predecessor, Chapter Two once again finds the perfect blend of drama, comedy and (of course) horror, even amplifying all three of these genres from what we saw in the first chapter. While Chapter Two could easy be enjoyed on its own as a standalone piece, having lived the horrors of chapter one alongside The Losers only to watch them grow into tortured adults in the sequel makes their latest struggle against Pennywise all the more palpable.

The terrific casting of the adult Losers is no doubt a huge part of Chapter Two living up to the high expectations set by 2017’s It. With James McAvoy (Split) leading the charge as an adult Bill alongside Jessica Chastain (Molly’s Game) as Bevery, The Losers’ Club’s adult cast is rounded out by Jay Ryan (Neighbours) as Ben, Bill Hader (Barry) as Richie, Isaiah Mustafa (Shadowhunters) as Mike, James Ransone (Sinister) as Eddie and Andy Bean (Swamp Thing) as Stanley.

To call the adult casting in Chapter Two perfect might be an understatement, as each adult member of The Losers’ Club manages to match the performance of their respective younger co-star like a twisted carnival mirror – portraying a warped and aged version of the innocent kids we followed in chapter one. Some standout performance comes from both Bill Hader and Finn Wolfhard as an old and young Richie Tozier respectively – a character who despite being both films’ comedic relief has some strong and moving emotional scenes in Chapter Two.

Of course, the film’s perfect casting extends to Skarsgård’s reprisal of Pennywise the Dancing Clown, with Chapter Two seeing the shapeshifting monster take some gruesome and hard to look at new forms. The horror elements of Chapter Two are definitely a step up from chapter one, with body horror elements bound to make viewers who thought chapter one was scary shiver in their seats. The mix of CGI and practical effects – including more fake blood than you could kill a clown with – coupled with Skarsgård’s nightmarish performance made for some of the most brutal moments to come out of any major studio horror to date.

Unlike many popular horror films however, Chapter Two finds its strength in its storytelling. While the adult Losers’ Club cast do a terrific job of taking on their respective mantles, the continued performances of the younger Losers and the transitions from childhood to adulthood throughout the film hammer home the themes of past trauma and facing your fears – making for some heart-warming and gut-wrenching scenes amongst the blood and gore. The use of comedic relief from the first film is also heavily present again in Chapter Two, with Hader’s stand-up roots transferring well to the silver screen through the adult Richie.

Overall, Chapter Two’s success comes from its lack of focus on the horror elements. While this film is no doubt a horror movie – with its twisted, bloody visuals complemented by Benjamin Wallfisch’s tense score – the story that unfolds is told in a way that could almost be applied to anyone’s story of growing up (if you removed the scary clown, of course). Muschietti has only improved upon the highly cinematic style of chapter one, with Chapter Two boasting similar stunning cinematography and fantastic performances as its 2017 predecessor.

While 2017’s It was a self-contained coming of age story about how fear can change us, It Chapter Two is the perfect ending to the coming of age story: showing us how we can learn from our pasts and that even the bad things that happen in life shape the people we become.

And if that’s not enough of a lesson to take, then this is: if a clown hiding in the shadows says he wants to be your friend, maybe cross the street instead.

Still not sure what you’re in for? Check out our review on IT Chapter One here. 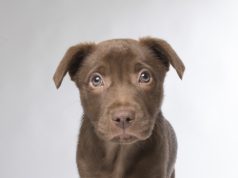 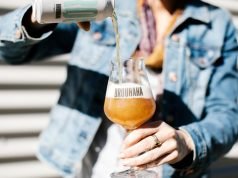