While the length of the film’s title might be slightly tiresome, the film itself is anything but –  albeit on the longer side of things. The 100 Year Old Man is a Swedish film that, literally, lives up to its title. Allan is a man who seems mundane; a man at the very end of his long life. But he’s a man that has a fantastic obsession with explosives, and a man that has one of the most colourful, and very convenient, lives. He finds himself at the owner’s end of a briefcase stuffed with cash that belongs to a wealthy criminal.

It’s a dark comedy that swings for the fences with how it crafts Allan’s personality. People assume he’s got a mental issue, and maybe he does, but it’s only questioned by those who “think”. Allan doesn’t think, and so we follow his thoughtless journey from meeting Stalin, to helping craft the atom bomb. It’s got a snappy script that has Allan quick and nonchalant about most things, which the script does well in bolstering the supporting cast, while sacrificing a lot in the villain department. That’s not to say that that detracts from the overall experience at all – because it doesn’t. The combination of Allan’s conveniences and unfortunate circumstances more than make up for the lack of a substantial villain. There are some absolutely gold moments with Allan and his explosives, none at which I’m willing to spoil for you. The performances are strong and the film looks absolutely fantastic from start to finish.

The film runs a bit long and you could quite easily trim a lot of the fat from some of the flashbacks to give the mainline narrative room to breathe – it often finds itself cutting more to his past than the present, and the story relies rather heavily on our main character falling perfectly into every situation to avoid certain death and trouble. Putting those to the side though, Allan and his oddball companions come together to serve up a unique, charming, and well-balanced film.

The 100 Year Old Man Who Climbed Out Of The Window And Disappeared is directed by Felix Herngren
Starring Robert Gustafsson and Alan Ford. 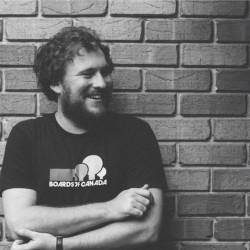