Studio-Culture‘s Joe Fox is a young business owner who lives for positive change in society and culture.

STRAIGHT OUTTA COMPTON has been receiving rave reviews since its release in the US, retelling the amazing story of a talented group of artists. Through overcoming extraordinary odds, rap artists NWA changed an entire genre of music, shaping a culture built on self-expression and freedom of speech. The story of their beginnings, rise and fall has been met with considerable interest, because it’s a story of lessons – in life and in business. In the lead up to STRAIGHT OUTTA COMPTON releasing in cinemas nationwide from Thursday September 3, we sit down and look at the 5 Lessons To Take From STRAIGHT OUTTA COMPTON.

1. Express Yourself.
Dr Dre, Ice Cube, Eazy E, MC Ren and Yella carved their own market in the music industry by embracing their circumstances and paying homage to that circumstance through the telling of their story. By telling your brand’s story, you will reach an audience who resonate with you to become emotionally invested in it.

2. Hustle Hard
NWA had a work ethic second to none. Dr Dre didn’t stop at just being a great producer. He was a visionary who slaved away in the studio perfecting beats and experimenting with sounds – for the group, and later, with some of the most influential artists of our time. Ice Cube was constantly recording tracks as a solo artist to build his own career while founding film company Cube Vision and writing scripts for cult classics such as ‘Friday’.

3. Dress RightIn one scene, Eazy E passionately talks to the group about wearing all black and dressing like a ‘superstar’ group before hopping on stage. It’s the age-old adage: ‘Dress for the position you want to have, not the one you do.’ Aight.

4. Listen To Your Customer & Protect Your Brand
The movie focusses on the public stir  – and in some respects, outrage – that NWA caused with their tracks. Threats from law enforcement towards NWA were constant as they exercised their freedom of speech, particularly with such controversial tracks as F..k Tha Police. This came to a head at their now infamous Detroit concert when police threatened to make arrests if they chose to perform the piece. But NWA knew their audience and the effect it would cause if they gave into pressure. They made the decision to perform the hit song regardless of any chaos to follow in its wake. They stayed true to their brand. In staying true to their brand, the event also presented the media opportunity revealing what initially inspired the track as well as their beliefs in freedom of speech and expression. Always stay on brand and protect your brand’s integrity.

5. Pay Attention To Contracts
The film shows how contracts caused a great deal of drama in the group. Whether it wasn’t reading or understanding the fine print or shady individuals like Suge Knight violently renegotiating them, not having proper contracts caused a world of pain financially and relationship-wise within the group. If you don’t have your legals in shape, stop reading now and get it sorted. 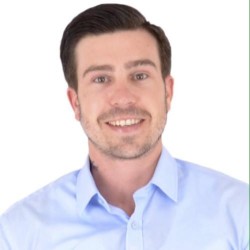