Street art. A movement rooted in the underground completely eschewing high art, can of aerosol in hand and middle finger firmly raised towards the establishment. A movement unabashedly displaying its work across urban sprawls around the globe, with strong undercurrents of activism and subversion. An agent of change, it is often used as a powerful method of communication for the oppressed, and those who wish to raise awareness of social and political issues. Divisive? Sure. Controversial? That’s kind of the point. Criminal? It depends on who’s answering the question.

For Anthony Lister, one of Australia’s most successful contemporary urban artists and self-described “freedom fighter for visual speech”, the answer would be staunchly in the negative. Born and raised in Brisbane, Anthony recently found himself on the wrong end of the law when pulled over in Woolloongabba for a routine breath test. Hands still covered in fresh paint, he was arrested on 12 outstanding wilful damage and graffiti charges dating back from 2009. Considered a vandal in his hometown, his works are often destroyed by the council, which is somewhat ironic considering he got his break from the traffic signal boxes public art project, commissioned by former Brisbane deputy mayor David Hinchcliffe. That’s too bad, as Anthony’s art regularly sells for prices upwards of $10 000.

In fairness, there is a distinction between artwork that is commissioned and work that is sprayed onto property without the owners’ permission. Anthony was more than happy to play ball when commissioned by the council to paint a mural in Milton. His vivid artwork complete, the final touch was to buff over a section of wall with grey paint and add a figure wielding a roller brush, eerily similar to that of a member of the council’s graffiti task force, creating the impression the mural was being painted over. In a move that will shock absolutely no one, this figure was then painted over. Irony is nothing if not consistent.

It’s easy to see why artists such as Anthony are disillusioned when the work they’ve been commissioned for is met with derision and censorship, however treating his art as a crime is not the answer. One only has to take a walk down Hosier Lane in Melbourne to witness the vibrant cultural contribution these works can make to a city when executed properly and through the right channels. The way forward is a collaboration between artists and property owners, not to buff over “objectionable” content. It could be argued that street art is in fact a necessity, as the social critiques it so brazenly projects on buildings across the world are a stark reminder of how far society still has to go. In all truthfulness, any attempt to silence the voices will only make them scream louder. 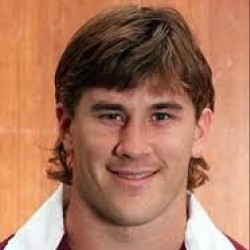