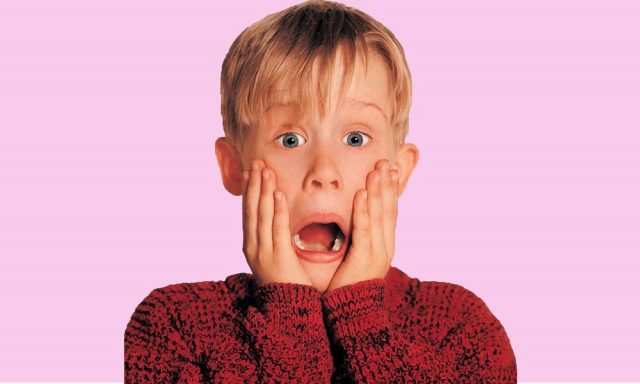 The Super Bowl
After just being dumped, I decided I needed a total hair makeover to feel fab again. I went and asked for a short and shaggy pixie cut and a dye transformation from my original brunette colour. My colour turned out a brassy shade of orange and the “pixie” cut looked more like a 1970s bowl cut. I cried all afternoon.

The Mean Brazilian
I went to get my first Brazilian wax a few years ago. Having no idea what to expect, I was pretty surprised at how hot the wax was – but I figured it was just meant to be like that. It stung a little, but again, I didn’t know this wasn’t normal. When the butcher gave me a mirror to check, I was horrified. M poor lady parts were all red and little blisters were already forming. My doctor said the wax had actually given me pretty severe skin burns. From that day on, I made the razor my best friend.

The Case of the Missing Eyelashes
Eyelash extensions look amazing on some of my friends, so I thought I would give them a try. The actual process was pretty seamless and when they were done they looked AMAZING. Except for the fact that when I slept, I slept on one side and I woke up with one lush, full lash set, and one slightly mangled and missing set. Not only that, but over the next few weeks I had a total of FIVE styes that made me look like Quasimodo. I ended up on an extensive course of antibiotics and eye drops to clear them up, and by the time they settled, most of my natural lashes had fallen out too

The Eye Me Hearty
One day I was running super late for an appointment and asked my flatmate if she could drive me. I hurriedly did my makeup in the car and just as I was putting the finishing touches on my mascara, she went over a bump and my fricking mascara wand SCRATCHED MY EYEBALL. I couldn’t see for two weeks and needed to wear an eyepatch.

The Scratch and Sniff
Did you know perfumes can give you hives? Because I sure didn’t. I must have been allergic to one of the ingredients because about 10 minutes after spraying myself with my deliciously scented new concoction, I broke out in angry red welty marks. And because I am an idiot sometimes, I didn’t even think it could be the perfume, I thought it was something I ate! So I sprayed it on the next day too…

The Serial Toe Killer
I had a pedicure in Bali, and not only did I end up with a fungal nail infection that took 12 months to get rid of, but the “masseuse” also dislocated one of my toes during the massage.

The Fun(gus) Foundation
You know what’s the worst? Finding MOULD at the bottom of your foundation tube after you cut it open to get the last drops.

The Condiments Crisis
I tried to do my own bikini wax at home. How hard could it be, right? Except that at one point the wax got stuck and I totally lost my nerve to rip it off. I tried to ease it off, but nope. I ended up calling my beautician aunt and she said I needed oil, like baby oil, to get it off. In the end, she said that olive oil would suffice.

I called my boyfriend to bring me in the olive oil and he came back with canola oil, holding the bottle over his wrist like a wine bottle saying “Perhaps Madam would like to try the Chrisco?”. He then came back again with tomato sauce. And then again with soy sauce. There I was, attempting to slather my lady bits with oil and get this damn wax out, while my boyfriend is having a grand old time taking the bloody mickey out of me. I was laughing so hard at the end that I can’t even remember if the oil worked or not!