Out of the tens of thousands of students currently playing basketball in the American high school system, the guy ranked No.1 overall is an Australian, eighteen-year-old Ben Simmons. Andrew Bogut and Lauren Jackson were the No.1 picks in the NBA and WNBA respectively, while US-based professionals Patty Mills, Aron Baynes, Dante Exum and Joe Ingles are all making a mark in the game. The Opals have been the world’s second-ranked team for well over a decade, with all of Australia’s national teams more than competitive at junior and senior level.

So why has the National Basketball League been such a basket case for so long?

The news just last week that the Townsville Crocodiles had joined the Wollongong Hawks in voluntary administration was yet another hammer blow for the Australian competition. They join a litany of other clubs to have fallen by the wayside, including franchises on the Gold Coast, Canberra, Brisbane, Melbourne and even an ill-fated attempt at basing a team in Singapore.

The fact that community-based teams like Townsville and Wollongong – clubs that used to enjoy enormous parochial support and drew great pride from their respective regions – couldn’t survive is a terribly sad indictment on the state of the game. It has led to some, like the NBL’s greatest ever player Andrew Gaze, to call for the league to be razed to the ground. “I have never held this view at all throughout this challenging phase of the NBL, but I think they are better off regrouping and shutting it down,” Gaze said on his SEN radio program. “Regroup and get the right model because the model is broken.”

A number of measures have been implemented over the years designed to ensure teams stopped going bust. Different versions of the salary cap, guaranteed bank loans and the like were used to stop one of the key issues with the game; How could fans enjoy rivalries and draw familiarity with the league’s structure when teams fall away each year?

People with long memories and who prefer hardwood to football fields look back fondly on the heady days of the 1990s. Riding on the crest of the Michael Jordan phenomenon, basketball exploded in Australia. The NBL was broadcast live in prime time, stadiums sold out across the country and other sports, particularly the all-powerful AFL, were looking very nervously over their shoulders.

The Sydney Kings came to my primary school in 1991. I hit a free throw and was given a Kings basketball and that was it. I was smitten. The following year, my best mate and I went to the ‘Kingdome’ for a semi-final against Gaze’s Melbourne Tigers. When the Kings won, we raced downstairs to buy a ticket for the third and deciding game. Gaze refused to miss a shot down the stretch – how I hated him back then – as the Tigers prevailed, but we were fans for life.

But basketball went away from its grass roots. School visits ceased. The perception is the sport’s administrators felt they had discovered the goose and those golden eggs and, if you’ll excuse the pun, dropped the ball. By the early 2000s, the Kings had an incredible team that would go on to win the NBL’s first three-peat, claiming championships between 2003-2005 under legendary coach Brian Goorjian. They had CJ Bruton and Jason Smith on their roster; two talented members of the Australian national team that would be the core of the side for years. But rather than utilise these marketable assets, you would instead see the club’s latest American imports on billboards and the side of buses; players that would stick around for twelve months at best.

The A-League is often used as a model that basketball should adopt. Like football, basketball is a world game with enormous popularity. The grey knight that is Frank Lowy rode in and saved his beloved sport and it is now enjoying some heady times – although Lowy is still propping up a number of its clubs. But it is unlikely another person with similarly deep pockets would be prepared to take on the NBL.

A return to winter competition is probably the right way forward, as is gaining the services of a top administrator. John O’Neill and David Gallop are examples of top chief executives who have left indelible marks on the sports they have graced. The NBL has tried, among others, a flashy American with very little substance named Rick Burton and ex-players Larry Sengstock and Chuck Harmison. Their hearts were in the right place, but did they have the credentials to run a national competition?

I’m not certain taking a year off and losing all momentum would do the NBL any favours. But the reality is the competition is badly damaged and needs major surgery. Television networks like Fox Sports and Channel 10 have shown they are willing to broadcast the sport, despite its obvious issues.

So the money should be found somewhere, anywhere, to bring in a top administrator and get this entertaining sport off its knees and back into the national consciousness. 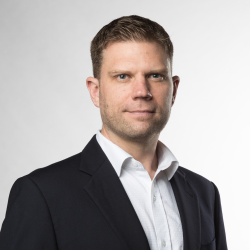 Fifty Shades of Grey: The Paradox of Power

The Scoop: Dinner at Kiyomi

Oz Comic-Con is coming back to Brisbane!

Get back on track with Brisbane Cycling Festival

Sonny’s: Where to kick off before kick-off in Brisbane