Everybody is scared of something different. For some, it’s blood, guts and gore; the threat of your innards being removed by a stranger in the bush. Other’s baulk at the thought of the unknown – things that fester and plot in the shadows. In some cases, adorable fluffy creatures that transform into ferocious monsters at the drop of a hat are enough to make the remaining weak with fear. That’s why, when picking films for your scary night viewing pleasure, it’s important to consider and respect “the spectrum”.

The Classic: The Shining (1980)
Thid classic is a great warm-up genre. You’re unlikely to be genuinely terrified by The Shining, thanks to all the spin-offs and parodies it’s received throughout the years (shout out to The Simpsons) and also because of Jack Nicholson’s face. It’s a good flick to sit back and laugh nervously about before the real hell sets in. It’s a touching tale of one family’s charmed winter getaway where the protagonist slowly transforms into a homicidal maniac, bent on slaughtering his family.

The Gore: Saw (2004 – 2017)
Blood, knives, hockey masks. Need I say more? This is the real meaning of Horror cinema for me. Something a little hacky and something that’ll make you jump in your seat. This section was tough to pick, because gory, slasher-type films seem to be notoriously bad. Saw, seems like the obvious choice here: two strangers wake up in a room with no idea where they are or how they get there and a whole lot of bloodiness ensues.

The Paranormal: Annabel (2014)
Paranormal Activity seemed like the obvious choice here, but there’s something about a creepy possessed doll that’ll leave you lying in the foetal position, crying every time. A possessed doll is never a good sign and this film sure delivers, with plenty of jump scares, bone-chilling music and an abundance of “oh no” moments.

The Zombies: 28 Days Later (2002)
This film seemed to reclaim the zombie genre from gimmicky walks and costumes and Michael Jackson‘s Thriller fans, and made it truly horrifying once again. A highly contagious virus and the subsequent breakdown of society are two key players in this deadly film. When done right, zombies are the terrifying eventuality that so many of us are secretly scared of, and 28 Days Later captures it perfectly.

The Thriller: The Babadook (2014)
This little beauty is an Aussie creation and boy, will it chill you to the bone. A widowed mother is at first, frustrated by her son’s tales of the monster in the house, but soon discovers the sinister presence of The Babadook all around. It’s a potent combination of creepy kids, creepy kid’s books, and unhinged mothers and of course, terrifying monsters. The best part of this film is that it leaves you with a bunch of questions – questioning this, questioning that, questioning whether you can even trust yourself. 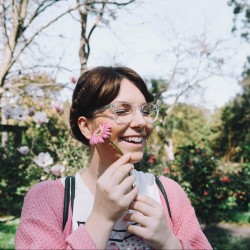 Laura Morley
Laura Morley is a Brisbane-based freelance writer. When she's not writing she enjoys drinking coffee, op shopping, stretching her back and crying at bad films. You can follow her adventures on @opshopgal.

8 Things to Do in Ipswich

How to Plan the Ultimate Road Trip