Following the crowd-funded release of her EP ‘Peace Is My Drug ‘in February which we interviewed her about here, Katie Noonan‘s latest release Transmutant sees her diverging. Inspired by metamorphosis, this album has been a state of change for Katie, from taking on the duties of producer to changing her previously vivid red locks to white or her state of mind where the diverse song collection also relates her occasional battles with depression.

Transmutant introduces audiences to her new band Katie Noonan’s Vanguard made of Stu Hunter, Declan Kelly and Peter Koopman where the chanteuse returns to the stage where it all began – fronting a band. Katie is intimate with transformation, her career as singer-songwriter consistently reshaping – from opera singing at the Queensland Conservatorium to fronting indie-pop band george alongside equally talented sibling Tyrone, performing before a national audience on ROVE LIVE, or alongside the Sydney Dance Company  from the Sydney Opera House; with jazz trio Elixir or teaming up with icon Paul Gabrowsky, classical guitarist Karin Schaupp, Sia, Stonefield and the virtual who’s who of Australian music. Katie is the ultimate artistic chameleon. She traverses through every genre of music from opera, classical, jazz and pop as an ever-changing singer-songwriter – and now producer – defying convention.

As Katie embarks on her national Transmutant tour with Katie Noonan’s Vanguard where her latest album springs to life, we sit down with her and chat the tracks across the years that significantly contributed to her state of revolution with her Top 5 Most Transmutant Tracks.

Antonio Vivaldi – Winter
Album: Four Seasons
I remember being the daggy kid walking around with my walkman listening to The Four Seasons on repeat. This is simply incredible string writing – one of the earliest examples of program music, and I really feel the seasons are depicted so incredibly beautifully in his writing. I will never get sick of this music. It is pretty much perfect and it has been a huge influence on my writing and producing. My favourite recording is by Richard Tognetti and the ACO.

Jeff Buckley –Last Goodbye
Album: Grace
This album absolutely transformed my life. Never before had I heard music of such searing beauty – it was like the music of my dreams in reality with an incredible voice, beautiful songs and a killer band. This album gave me hope that my songs could perhaps find a home in the contemporary music ‘pop’ world. It came out at the height of the grunge era and was such a welcome change in a sea of angry boy noise. Here was a man unashamed to sing from his heart and create earnest and truly gorgeous music. Helps he was super hot to boot.

Björk – Human Behaviour
Album: Debut
Human Behaviour is the opening track of her unbelievable Debut record. From the very first sound of her incredible and kooky voice and sound, I was completely sucked in – and have been for more than 20 years since! I was in grade 11 at school and this was the soundtrack to my senior studies and early days of partying. I particularly loved how she used electronics in an organic way. Bjork is completely and totally unique and I find that super inspiring.

The Beatles –Something
Album: Abbey Road
I had this on vinyl and was the first Beatles album I really devoured over and over again. It’s still my fave, mainly because of memory association as all their albums are so brilliant. We had many an awesome party in our share house with this as the soundtrack. I think George’s guitar solo is one of the most perfect solos ever – my god what a song!

The Eurythymics There Must Be An Angel (Playing With My Heart)
Album: Be Yourself Tonight
My first girl music crush! I was seven-years-old and just starting to really discover great pop music. Annie was my queen – a bad ass singer who had this gorgeous androgynous and feminine energy. In the sea of 80’s pop star flesh (Samantha Fox, Sabrina!!!), she was such a lady.  Although not from this album, Eurythmics’Revenge was one of my very very favourite albums that I just played again and again and again. And with Stevie Wonder: I don’t really like blues harp/harmonica usually, but that solo is just so funky it’s ridiculous! 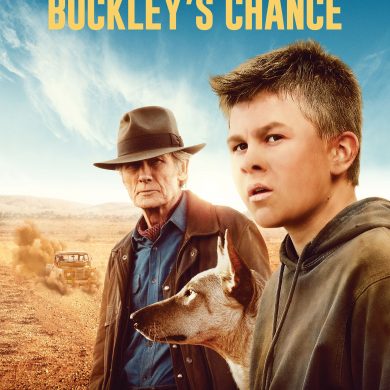