Renowned actor and musician Nicholas Hamilton, known for his work in IT, IT: Chapter Two and Captain Fantastic, has today announced his nostalgic new single and self-made video, Pretty Young, as well as his debut EP (of the same name) released August 13.

Australia has made a name for itself through its indie scene, with acts such as Spacey Jane, Skegss and Vance Joy, dominating the pop trends of the past few years. You may add another name to the list as Nicholas Hamilton’s new EP “Pretty Young” is but another example of the creative drive which motivates Gen Z Aussies.

From the opening tracks Frank Ocean-esc prologue, it is clear that “Pretty Young” is an insight into Hamilton’s well-being. The EP is reminiscent of reading someone’s diary, fit with all the melodrama and self-reflection of uncompromising vulnerability. There is a sense of mourning within the project especially within the title track, as Hamilton mourns an era of his life that he fears is over. As the central dilemma that runs throughout the tracklist concerns his struggle with mental health, where his enthusiasm for the future steadily diminishes due to a self-induced misery that glorifies the rose-tinted perception of his youth. A youth that Hamilton is not ready to separate himself from.

Tracks such as “Different Year” is a ‘love’ song in the same way that ‘the love song of J Alfred Prufrock” is, as Hamilton’s depressive state, inspires a desire to separate from his reality and find solace only through the appreciation of others. “noRoom” reveals, however, that despite there being an opportunity for these kinds of relationships, life is bound to get in the way, right person… wrong time. “Everything To Lose” lightens up the tracklist through instrumentals only, as the poppy songs repetition of ‘I have everything to lose’ becomes slightly more haunting with each refrain. The opening lines of the final track “In-Line” are:

“Conversations with my head always make me want to cry”

This is the panicle of Hamilton’s self-expression. Not as the Hollywood actor that we were introduced to but as the cynical pop artist that sings through the pain as you bop your head to the beat. For that is the most striking element of the EP.  The song construction verges on juxtaposition as the rawness and vulnerability that bleeds throughout the lyricism is laid in front of a crisp commercial mix, to the likes of an Ed Sheeran or Shawn Mendez. It is almost as if the cries of generation Z that seem to continually be ignored is mimicked within “Pretty Young”. As the population bop their heads to “Everything to Lose”, they will be dancing to his cries.

From the opening track of your EP, it is clear that this is an incredibly personal project. How much of your work is autobiographical and do you think it’s possible to separate your personal life from your creative output?

This is a great question, one I often struggle with the answer to. I love making my songs as personal as possible, in order to make them as special to me as possible. I believe if the subject matter of the song is more important to me, I’ll try harder to make the quality of the track as good as it can be. I also just love being able to tell my stories for once. I’m always acting out other people’s stories, and then asked about those characters by fans, so it’s rare for me to be able to express myself so transparently. Music allows me to do that. I think it’s possible to separate personal life from what you write, for sure. A ton of artists do that, and more power to them. I firmly believe that a songwriter should be allowed to have whatever process they want in order to get the best song out of their head and onto paper, and different songwriters are going to have different methods for doing that.

From starring in the IT franchise and films like “Captain Fantastic”, as well as meditating on memories from the aisle of a movie theatre in the music video for “Pretty Young”, It’s clear that film has had a large influence on your life. How much do you think film influences music and vice versa? Additionally, how does your creative process differ from acting in a film compared to crafting a song?

100%. Movies are such a massive part of my life. I’ve been acting for half my life at this point so it just feels right to include that influence in my first music video. I’m not sure how much film influences music directly in the real world, but I guess they both have to jostle with the same societal changes as each other. I know that, personally, I feel a lot more creative control in my music, which is going to happen. You take an actor who’s been taking someone else’s direction, in how to act someone else’s words out, for it then to be cut together by someone else entirely, you give them a pen and paper and go, “do this how you want to do it”, they’re gonna latch onto that opportunity and make it as personal as possible. I like to have a hand in everything surrounding my music, because it feels like such a passion project, whereas with acting projects, I feel much more comfortable going in on the day, doing my best, and letting someone else handle the rest.

Being from Byron Bay you would be no stranger to the Australian indie scene with bands such as Skegss and The Babe Rainbow calling Byron home. How much does this growing indie scene influence your work and how do you think the Australian music scene will evolve in the next few years?

You’d think as a youthful musician from Byron I’d be more in tune with the indie music scene there, but I really only started following it when I started writing music, right before I moved to LA for 2.5 years. I’ve never really had the opportunity to be a Byron musician, as much as I’d love to. That being said, the Australian entertainment scene is growing so rapidly right now, with so many movies and TV projects filming there, and the Australian music world getting seen more and more overseas. I’ve had a few musicians and producers over here in the states that have raved about Australian music and how we still rely on radio a ton and how cool that is. It’s just great to see Americans starting to give Australian entertainers the attention they deserve.

Within contemporary music, the lines between genres are more blurred than ever, with pop, electronic, folk, rock etc. all seeming to occupy a shared space. From “In Line” to “Pretty Young”, It’s very clear that you are not interested in restraining yourself to a specific genre. Where do you think your music sits within this ever-changing concept of genre, and how much does genre influence your work?

I fully agree, it’s getting harder and harder to place artists and their music in such defined genre boxes. I’d like to think I’m a pop artist that sometimes strays from the lines, but I honestly have no clue. I know what I like to write, and I can feel my sound and my vibe starting to come together the more songs I release. I wouldn’t say genre influences my work at all. The sound of a song I might write very much depends on how I was feeling that day and what songs I’d been listening to recently, more than what genre I want to force myself into that day.

From the jazzy licks of “In Line” from the restrained melancholy of “Different Year”, the EP gives an incredibly vulnerable and detailed insight into your psyche. Which track off the “Pretty Young” EP is your personal favourite?

I’ve been waiting for someone to ask me this. Of course, I love them all. I wouldn’t have put them all on my first EP if I didn’t. But Pretty Young is a very special song to me. It’s the only song on the EP that I wrote by myself, so the production process, from producing it virtually with Joe Marson, to getting real life actual choir vocals recorded for it (which made me cry a big amount),to making the music video as personal as it is, was such an incredible process that I’ll hold dear for a very long time. 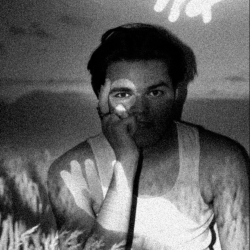